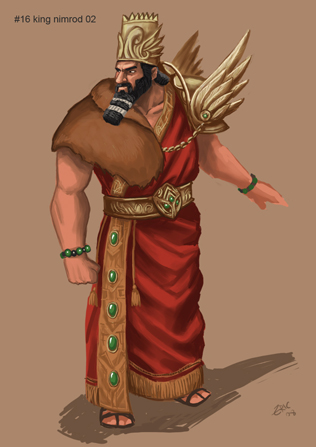 Quotes from Fausset’s Dictionary: “The Hebrew name Nimrod means “let us rebel,” given by his contemporaries to Nimrod as one who ever had in his mouth such words to stir up his band to rebellion. Nimrod subverted the existing patriarchal order of society by setting up a chieftainship based on personal valor and maintained by aggression. From being a hunter of beasts he became a hunter of men. “In defiance of Jehovah,” as virtually “before Jehovah” (Pro 15:11) means, Nimrod, a Hamite intruded into Shem’s portion, violently set up an empire of conquest, beginning with Babel, ever after the symbol of the world power in its hostility to God. Nimrod was the Bel, Belus, or Baal, i.e. lord of Babel, its founder. Worshipped (as the monuments testify) as Bilu Nipra or Bel Nimrod, i.e., the god of the chase; the Talmudical Nopher, now Niffer. Josephus (Ant. 1:4) and the tortures represent him as building, in defiance of Jehovah, the Babel tower.”

Every ruling dynasty and empire takes its template from Nimrod, whose Babylonian worship is replicated universally, permeating all religions. Every kingdom of the earth must have a form of Satan’s ritual in determining its ruler. The king of Ife, the cradle of Yoruba race, is appropriately titled Ooni (owner), a shortened of Oonirisa (the custodian of the gods -360 of them -) of Yoruba’s land, so, in Ife, the worship of each of the idols is carried out every day of the year! I believe this reminds one of the same number of gods inhabiting the Kaaba of Mecca of old. Coincidental?

Arabian countries insist on one Allah, but, we understand that Islam encourages the engagement of jinns (demons), who are disembodied, foul spirits, according to the Bible. Qur’an teaches the existence of good and evil jinns. How is that possible if demons by biblical definition are inherently evil? Jihad, therefore, is Satan’s incursion. Do I hear of a counter argument indicting Christians for their own expansionist war  à la evangelism? That was maliciously termed ‘Christian War’ by history. It is actually a Roman Catholic War, which has no scriptural support. Satan used the Pope to inflict untold hardship on humanity. Remember, “…to steal, kill and destroy” satanic three point agenda? Even Israel was not spared.

Shem’s offspring worshipped the sun god of Nimrod (Ezekiel 8:2-16), and through which the evil, esoteric Cabbala got a firm foothold in the running of their governmental establishment. Europe? What Nimrod’s Babylon passed unto Egypt, adopted into Freemasonry and its Satanic child Illuminati both spring from her. It has, for centuries, been the supreme dominance of man in all sphere of human endeavour, diabolically. Europe that aided the globalization of the kerygma was also, unfortunately, responsible for the rapid spread of the doctrine according to Lucifer’s diabolism. Satan has gone far, too far, in the mismanagement of life!

Invasion of the pristine family weakened the Adamic conjugal headship. God restored it in the 5th commandment. 1Corinthians 11:3-16 is about the doctrine of the spiritual headship in the matrimonial institution. The ‘head’ in all the verses (3-16) above is kephalē (kef-al-ay’) ‘Probably from the primary word κάπτω kaptō (in the sense of seizing – since the loss of the head destroys life); the head (as the part most readily taken hold of) literally; figuratively: chief, point of origin’. It is for the removal of any misunderstanding concerning the headship between the couple that the scripture vested the Christ-like, “Husbands, love your wives, even as Christ also loved the church, and gave himself for it” [Ephesians 5:25], in the man.

The two inflections of this love are agapē and agapaō (ag-ap-ah’-o) {the verb form of agapē (ag-ah’-pay)} ‘Perhaps from ἄγαν agan (much); to love (in a social or moral sense)’. God expects the wife to support the head by the scriptural, “Wives, submit yourselves unto your own husbands, as unto the Lord” [Ephesians 5:22]. The word ‘submit’, hupotassō (hoop-ot-as’-so) is defined as ‘subordinate; reflexively to obey’. [It is from two root words: hupo (hoop-o’): by, under, below] and [tassō (tas’-so); ‘to arrange in an orderly manner, that is, assign or dispose (to a certain position or lot)’]. Hupotasso, therefore means ‘to package oneself under the husband’. (…to be concluded…) 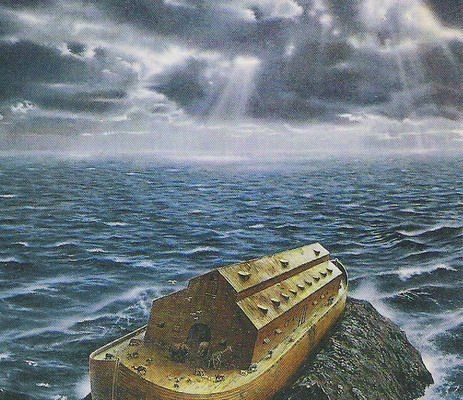 JIHADISM MUST CONTINUE TO THRIVE (10) 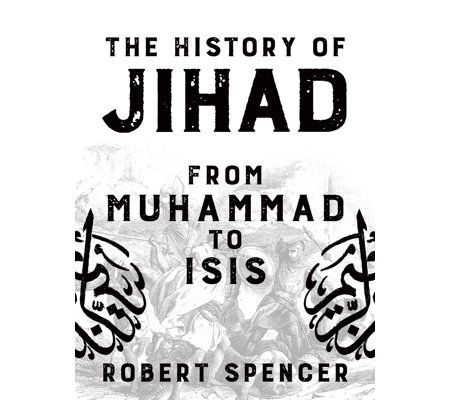