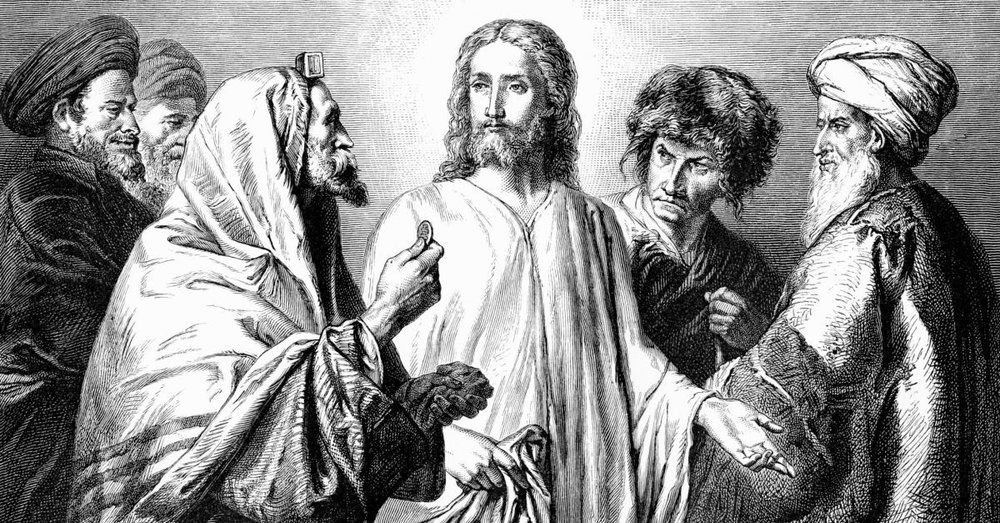 Give unto Caesar…..and give unto the LORD….

(5)          A cautious look at tithing informs of its seed-faith stance. Jesus tells us to give in order to receive from divine operation. Paul teaches that the sown seed must die first, as a matter of fact, before its proliferation of scriptural thirty, sixty, hundred fold. Is tithing a giving act? So, where are some teachers getting their theological facts; from this same Bible? I will not encourage first-fruits offering (which some churches practice): for “But now is Christ risen from the dead, and become the firstfruits of them that slept” [1Corinthians 15:20]; is a pellucid indication that Jesus is already our first-fruit. Can I give a more satisfying fruit of the Jesus’ kind to God? The Temple, half Shekel, money is meant to be a divine insurance policy that took annual care of the spiritual policy-holding Israelites. When Jesus says, “It is finished,” the main verb, ‘finished’ is teleō (tel-eh’-o) meaning ‘debt paid’ (in full)!

”…but I desire fruit that may abound to your account” (Philippians 4:17)

All these giving, done in faith, are actually business transactions with the Possessor of heaven and earth. For the simple fact that tithes, originally given out of faith, and in theological facticity that Jehovah is the Possessor of the universe and heaven, and an offer devoid of any legality, most definitely makes it an act of faith, without which no man receives anything from God. “The just,” the Bible points out, “shall live by his faith” (Habakkuk 2:4). Christians are connected to their God by faith alone. What about a rich man like Solomon, does he need to tithe, having all his financial needs and wants answered? A Solomon-rich person is still a needy individual. The word of God, “But God giveth it a body as it hath pleased him, and to every seed his own body” [1Corinthians 15:38] is what gives the dead rotten seed of faith (your money) the desired body. The seed sown will take care of childlessness, ill health, ignorance, weakness, security et cetera. Amen.

Benchmark of 10% given takes care of Satan’s cankerworm proclivity

The tithing benchmark is ten percent, but truth is: Abraham gave more than 10%. The well informed born again Christian makes sure he does not give less than this benchmark. How I know that Abraham gave more than 10% is found in the Bible. “Now consider how great this man was, unto whom even the patriarch Abraham gave the tenth of the spoils” [Hebrews 7:4]. The noun ‘spoils’ is akrothinion (ak-roth-in’-ee-on) in the Greek and means, ‘top of the heap, the first fruits, best of the booty or crops.’ This needs a bit of explaining. Let me use global currencies of Liberian, Jamaican, USA, Zimbabwean dollars and British pound sterling of the present world economy for clarity.

In the days of Abraham the dollar of Zimbabweans will go to the very bottom of the booty because of its lowest value. Liberian or Jamaican dollars heap (depending on the more valuable between them) comes next atop the least in value Zimbabwean dollar. The almighty US dollars takes its heap valuable position above the various dollars. The sterling quality of the British pound occupies the akrothinion displayed position. It is from the pounds sterling that Abraham gave his tithe. Supposing Abraham’s display of the booty from his conquest is two million of each currency, totalling ten million, a tithe of £1,000,000, from the two million pounds is definitely more than 10% of all five national currencies, considering the international strength of the British pound sterling.

Customarily, the Greeks selected from the topmost part of the heaps and offered this to the gods.

“…if I will not open you the windows of heaven, and pour you out a blessing…”

It would not come as a surprise to me if some people should ascribe this Greek connection, to assume an inference to its heathen practice and a consequent vitiation of tithing. Those who preach or teach against tithing know very little about theology or are antagonists of the truth. Even if the universal historicity of tithing is heathenish, does the Bible not make it pellucid enough to whom Abraham gave the tithe? Even if the world’s economic system of tithe adoration had been to Lucifer, and Abraham decided to honour the Possessor of heaven and earth, Almighty Jehovah Jireh, with his own substance, what makes it a scriptural anomaly for Christians to do the same knowing, especially, of “prove me now herewith, saith the LORD of hosts, if I will not open you the windows of heaven, and pour you out a blessing, that there shall not be room enough to receive it,” of Malachi’s prophecy? Selah!