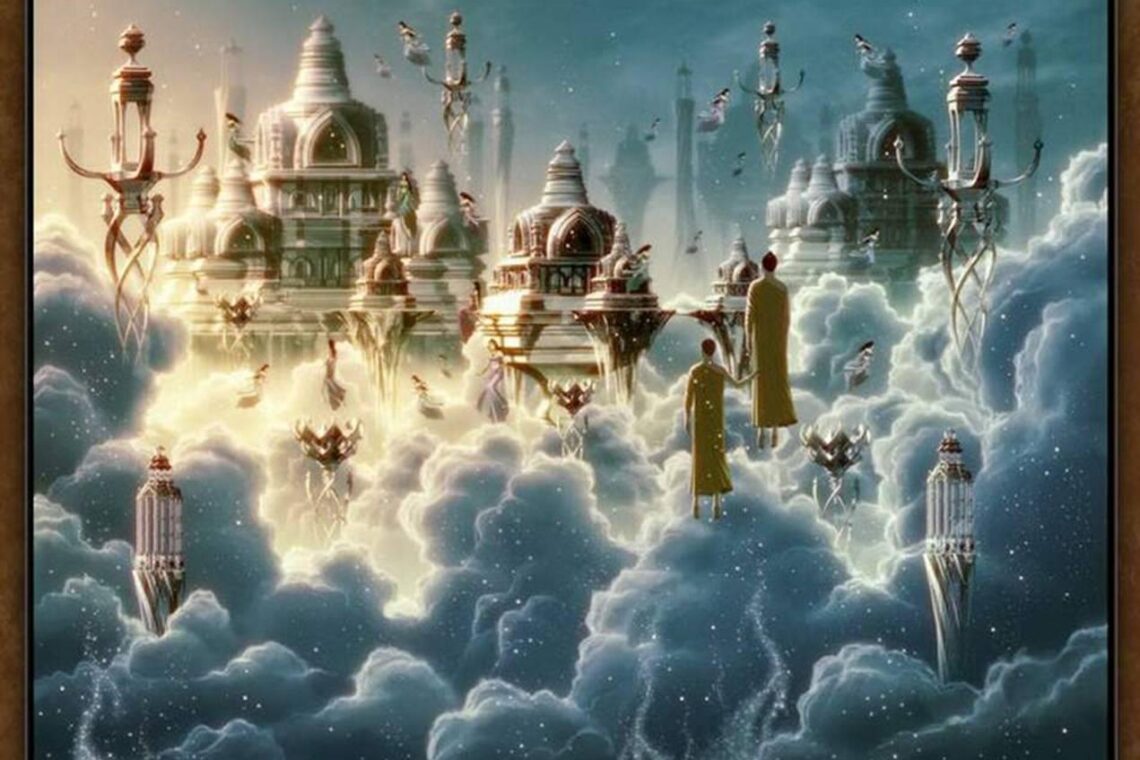 One of the hundreds of Buddhist’s nirvana –heaven

Buddhism is one of the major religions of the world.

Buddhism is concerned about misery that pervades all existence and the way in which life evolves; there must also be a means to overcome this process. The means to this end is found in the Eightfold Path, which is constituted by right views, right aspirations, right speech, right conduct, right livelihood, right effort, right mindfulness, and right meditational attainment.

How does Buddhist meditation solve the sin question?

The sin question: that is what needs to be addressed first. One must come to the realisation of his spiritual cadaveric stand before God. Romans 3:23, “For all have sinned, and come short of the glory of God;” ushers one into the cadaverous reality. The genesis of man’s misery is this, “Wherefore, as by one man sin entered into the world, and death by sin; and so death passed upon all men, for that all have sinned” [Romans 5:12]. You do not have to kill anyone or spread lies to receive the spiritual tag of sinfulness. Adam passed it to his progeny: mankind. It is a spiritual phenomenon. Misusing his moral agency, Adam gave the world away to the evil one, Lucifer. Jesus came to address the sin question. He is the One of the soteriological focus.

Can a man’s inner meditations take him to heaven?

The aim of Buddhist practice is to be rid of the delusion of ego and thus free oneself from the fetters of this mundane world. One who is successful in doing so is said to have overcome the round of rebirths and to have achieved enlightenment. This is the final goal in most Buddhist traditions, though in some cases (particularly though not exclusively in some Pure Land schools in China and Japan) the attainment of an ultimate paradise or a heavenly abode is not clearly distinguished from the attainment of release. (Encyclopædia Britannica)

“A sceptre of righteousness is the sceptre of thy kingdom” [Hebrews 1:8].

Jesus is saying that He cannot, like God the Father, tell lies. The word ‘house’ is the Greek oikia (oy-kee’-ah) meaning: ‘an inhabited edifice, a dwelling; the inmates of a house, home, the family.’ In this context, it is of God’s Family. This is the only verse in the entire KJV where we have ‘mansions,’ monē (mon-ay’) meaning: ‘a stopping place, station, room’. There are many rooms or spaces for occupation. This is not an intimation to concrete structures, going by the ‘home’ or ‘family’ context of oikia. The word ‘place’ is topos (top’-os): ‘a spot (generally in space, but limited by occupancy.’ So, I ask, who else, if not Jesus?