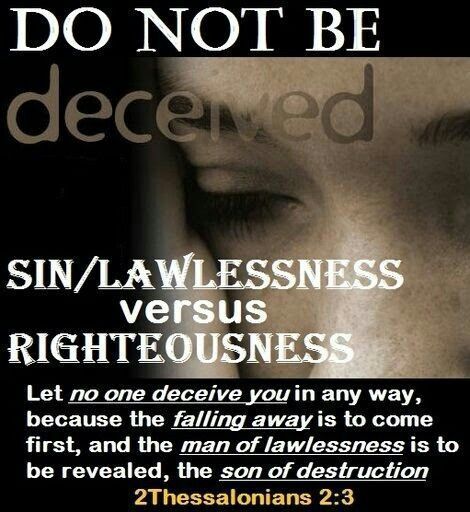 The Birth Of Jesus

The essentiality of the birth of Jesus is couched so amazingly in the book of Luke 1:26, “And in the sixth month the angel Gabriel was sent from God unto a city of Galilee, named Nazareth:” The Lord God most certainly knows how to do things in style. The ordinal number 6, reminiscent of the 6th day of Adam’s creation, is the number of man. The sixth, ergo, is so apropos for God’s visitant to show up before mankind.

He cometh from Bozrah, with dyed garments!

Gabriel is of Hebrew gabrı̂y’êl (gab-ree-ale’) origin which comes from (geber (gheh’-ber) man, strong man, warrior (emphasizing strength or ability to fight)) and (‘êl (ale) God -as a mighty One). Put together it means “warrior of God” or “man of God.” This archangel is the angel God used to send messages of great importance to man. He was sent to Daniel, to Zacharias, and that time around to Mary. It was important that a ‘man of God’ must be the one to be sent to a needy mankind under the unbearable yoke of sinfulness. That person must also be a warrior for: God, the Man of war, was about to redeem the lost world to Himself. Amen? Amen!

Galilee, that is Galilaia (gal-il-ah’-yah), means “Circuit” (that is, the heathen circle). Satanic heathenism had ruled the wickedness of the vicious circle of our demonised earth. The putrescent stench of the fallen state of man had gone even to the nostrils of Him, on the throne of the third heaven. In Galilee, no wonder, should the divine rendezvous be. Nazareth or Nazaret (nad-zar-eth’) means “the guarded one.” “In this crooked world of Satanism,” pointed Nazareth, saying, “there are some guarded souls to be redeemed of the Holy One of Israel.” Why redeem them? Simple! “For God so loved the world that He gave His only begotten Son,” so revealed John 3:16.

…To take away the sins of this world.

The next verse reads: “To a virgin espoused to a man whose name was Joseph, of the house of David; and the virgin’s name was Mary” (Luke 1:27). The word virgin is parthenos (par-then’-os) meaning: ‘a woman who has never had sexual intercourse with a man; a marriageable maiden; by implication an unmarried daughter.’ Do remember that God had always instructed them never to offer a blemished element for sacrifice. The womb that must host the Holy One of Israel must of necessity be of an untampered virgin. She must be marriageable. Why? It is because the Saving Lamb will be in a desideration for a Church to be espoused to Him. The first man was the husband of a virgin. How so appropriate!

Joseph is the Greek Iōsēph (ee-o-safe’) which comes from the Hebrew yôsêph (yo-safe’) meaning: ‘let Him add i.e. Jehovah has added.’ The LORD God remembered Rachel and giving her a son, she named her first born Joseph. Rachel is râchêl (raw-kale’) in Hebrew. ‘It comes from a root: to journey; a ewe (the females being the predominant element of a flock) (as a good traveller).’ It is from this ‘ewe’ connection God finds a relevance to add Himself to mankind. God had come to Adam for a redemptive journey into eternal bliss. This is why He had to orchestrate the espousal of Mary to Joseph.

From its Hebrew origin, David is dâvid or dâvı̂yd (daw-veed’) meaning: ‘beloved or loving.’ The Greek calls it Dabid (dab-eed’). The Incarnation is the product of God’s unfeigned love for the fallen man. So it must involve David. If Jesus is the prophesied King of kings then it is germane that His human ancestors should come from a majestic lineage. Jesus will be the conqueror. His lineage must be of a military conquering David. As David replaced the first king who failed to please God, so must Jesus replace the first Adam whose spiritual inadequacy plunged us all into sin. Jesus is truly about God’s expression of an eternal love. Amen!

Mary. Maria or Mariam (mar-ee’-ah) in Greek originates from the Hebrew miryâm (meer-yawm’) meaning: ‘rebellion or bitterness.’ Mary understood how spiritually jaundiced she was, hence, her effusion of Luke 1:47 “And my spirit hath rejoiced in God my Saviour.” The Lord of Israel had come, on account of the birth of Jesus, to remove all her carnal sinfulness. In Eden He (the LORD God) brought the sinless woman to Adam for marriage. Here, in His bid to redeem fallen creatures, He strikes a redemptive bargain with a just Joseph to take the hand of Mary to enable Him to break the satanic rebellious hold on man and to destroy the bitterness that had characterised the life of man’s rebellion to the word of God.

At the birth of Jesus God had begun the earthly campaign of the erasure of man’s sinful nature. It is time to say, “Thank You JESUS!” in a special way. “In my Father’s house,” Jesus made a declaration none dares to replicate, “are many mansions:” the LORD of glory continued, “if it were not so, I would have told you.” And, “I go to prepare a place for you;” He promised in conclusion in John 14:2. This promise is only for those who are born again.

I praise the Lord for your life for saying this prayer.

Once again, I wish you Merry Christmas!!!

Yes! On account of the birth of Jesus! Amen!

IT WAS AN UNPRECEDENTED PHENOMENON –THE BIRTH OF JESUS!

Next Post
President Muhammadu Buhari Must Not Come Back