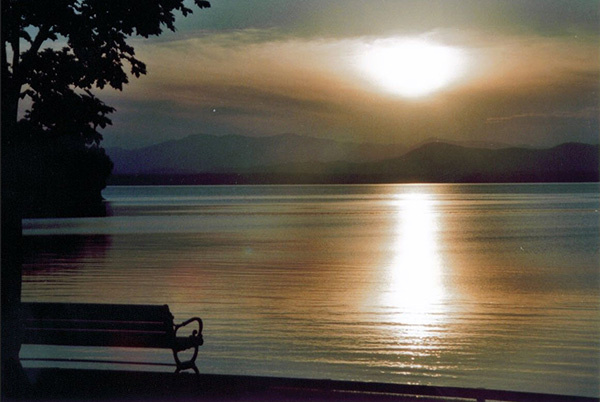 5)            Galatians 3:21-23 “Is the law then against the promises of God? God forbid: for if there had been a law given which could have given life, verily righteousness should have been by the law. 22) But the scripture hath concluded all under sin, that the promise by faith of Jesus Christ might be given to them that believe. 23) But before faith came, we were kept under the law, shut up unto the faith which should afterwards be revealed.”

Jeremiah 23:6 “In his days Judah shall be saved, and Israel shall dwell safely: and this is his name whereby he shall be called, THE LORD OUR RIGHTEOUSNESS.” Is this verse a pertainment only to the physicality of the Judean of Israel? Certainly not. It pertains more to the Christian than to any race. The name Judah means ‘praise’. Israel means ‘a prince, or better still, a ruler by God’s side’. The Christian is one creation brought into being to offer true praises to the Most High Jehovah. Who are referred to as the spiritual children of God? They are the Christians. 1Peter 2:9-10 “But ye are a chosen generation, a royal priesthood, an holy nation, a peculiar people; that ye should shew forth the praises of him who hath called you out of darkness into his marvellous light: 10) Which in time past were not a people, but are now the people of God: which had not obtained mercy, but now have obtained mercy.” ‘People’ from this verse is the Greek laos (lah-os’): ‘a tribe, nation, all those who are of the same stock and language.’ Who, therefore, are these Christians? We are the next of kin to the LORD God Almighty. It is on account of this kinship that the Scripture says, “Wherefore thou art no more a servant, but a son; and if a son, then an heir of God through Christ” (Galatians 4:7).

Jesus is the key to the righteousness of God

Let us understand what “righteousness which is of God by faith” in Philippians 3:9 is. Romans 10:3 “For they being ignorant of God’s righteousness, and going about to establish their own righteousness, have not submitted themselves unto the righteousness of God.” Ignorance of scriptural facts leads so many people into believing that their hands and acts will make them righteous before the LORD God. Romans 10:10 reveals, “For with the heart man believeth unto righteousness; and with the mouth confession is made unto salvation.” Believing is an act of faith. The ‘faith’ in this verse is not unconnected with the finished work of Jesus, in His divine bid to save mankind. Faith is the key; inserted into man’s predicament, the key of faith turned, an ignition is in force, and the Holy Spirit perfects the act of faith. Faith in Jesus, when it has to do with salvation comes with a total package which include justification, sanctification, power and righteousness.

1Corinthians 1:30 “But of him are ye in Christ Jesus, who of God is made unto us wisdom, and righteousness, and sanctification, and redemption:” In this verse we see the First and the Second Members of the Trinity making sure of the actuating the inherent righteousness. Our righteousness leads to other spiritual benefits of the above verse of the Bible. Galatians 2:16, “Knowing that a man is not justified by the works of the law, but by the faith of Jesus Christ, even we have believed in Jesus Christ, that we might be justified by the faith of Christ, and not by the works of the law: for by the works of the law shall no flesh be justified.” Should a verse like this not sum up the whole disquisition? But, unfortunately, many Church people want to prove that they must have a hand in this matter of righteousness which only the Divinity alone bestows.

The unity of the Divinity consummates creationism

2Peter 1:1 “Simon Peter, a servant and an apostle of Jesus Christ, to them that have obtained like precious faith with us through the righteousness of God and our Saviour Jesus Christ.” The righteousness is never our making, God, who fashioned it in our genes, is the One who enhances its ignition. Galatians 4:4-7 “But when the fulness of the time was come, God sent forth his Son, made of a woman, made under the law, 5) To redeem them that were under the law, that we might receive the adoption of sons. 6) And because ye are sons, God hath sent forth the Spirit of his Son into your hearts, crying, Abba, Father. 7) Wherefore thou art no more a servant, but a son; and if a son, then an heir of God through Christ.” This is a joint effort of the Trinity: the Lord Jesus, God the Son comes down from heaven to walk, on our behalf, the walk of redemption for us; the Holy Spirit is sent to midwife the regeneration our rebirth; and the end result makes us the heir of God the Father Himself. Ponderous! It speaks of eternality of heirship, most definitely.

The good Shepherd, as the Eternal LORD, can only wrought an eternally secured salvation (if indeed He is a miracle Worker). Amen. All the Lord God did was to go back to the Eden right standing of Adam, carry out its evocation then wraps it around the redeemed soul, who happened to have it in his genes.

If the creation of Adam (made from an unconscious gathering of dust) came with the bestowal package of righteousness, which he did nothing to earn, it should follow that the righteousness of his progenies of regeneration, through the sacrificial Lamb of God, cannot be earned as well. In the Eden he fell as the lord of the earth, because he could not save himself, cutting his supposedly immortality short. As a born again Christian, Adam is no longer his own lord, the eternal LORD saved him, bringing him into the eternality of his Divinity and righteous Lordship. Amen.

The Lamb of God